You don't have any saved vehicles!

Look for this link on your favorites:

Once you've saved some vehicles, you can view them here at any time.

The Mitsubishi Outlander Sport is a slightly smaller version of the automaker’s popular Outlander crossover. It takes what was great about the original, and finely-tunes the acceleration and handling, boosts the fuel economy, and lowers the price. That is why this vehicle has proven to be a hit with both drivers and critics. Below is a list of accolades and awards the Outlander Sport has received from throughout the automotive industry. 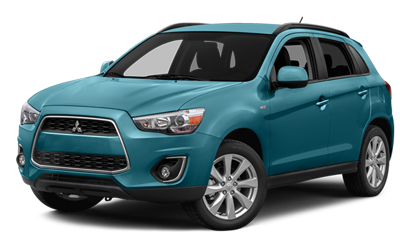 The Insurance Institute for Highway Safety (IIHS) run all new vehicles through a battery of rigorous crash and safety tests, and the Outlander Sport has received consistently excellent ratings. It received top scores of “Good” in the side, roof strength, head restraint/seatbelt, and moderate-overlap front crash tests categories allowing it to be named an IIHS Top Safety Pick for 2015. This is the fourth year in a row the model has earned this distinction.

The Automotive Science Group (ASG) singled out the 2014 Outlander Sport as one of the crossover SUVs with the best all-around performance. The award is given to five vehicles in each class that achieve the highest combined scores for sustainability, affordability, and responsible manufacturing.

The Outlander Sport was named Consumer Report’s Most Reliable Small SUV for 2014, beating out two models from Subaru. The ratings are based on survey data from real drivers who have logged tens of thousands of miles on the road. According to more drivers, the Outlander Sport goes longer without running into problems.

This award is given to the ten vehicles that offer the best combination of features for young drivers headed back to school, and the Outlander Sport was ranked eighth. The judges at Kelly Blue Book considered performance, cost, features, and warranties when making their decision. The Outlander Sport was the only SUV of any kind to make the list.

The 2014 Outlander Sport made it to Kelly Blue Book’s list of the ten most affordable SUVs on the market. Vehicles are ranked based on the combined cost of insurance, financing, fuel, maintenance, and repairs. The Outlander Sport was ranked fourth overall.

You don't have any saved vehicles!

Look for this link on your favorites:

Once you've saved some vehicles, you can view them here at any time.